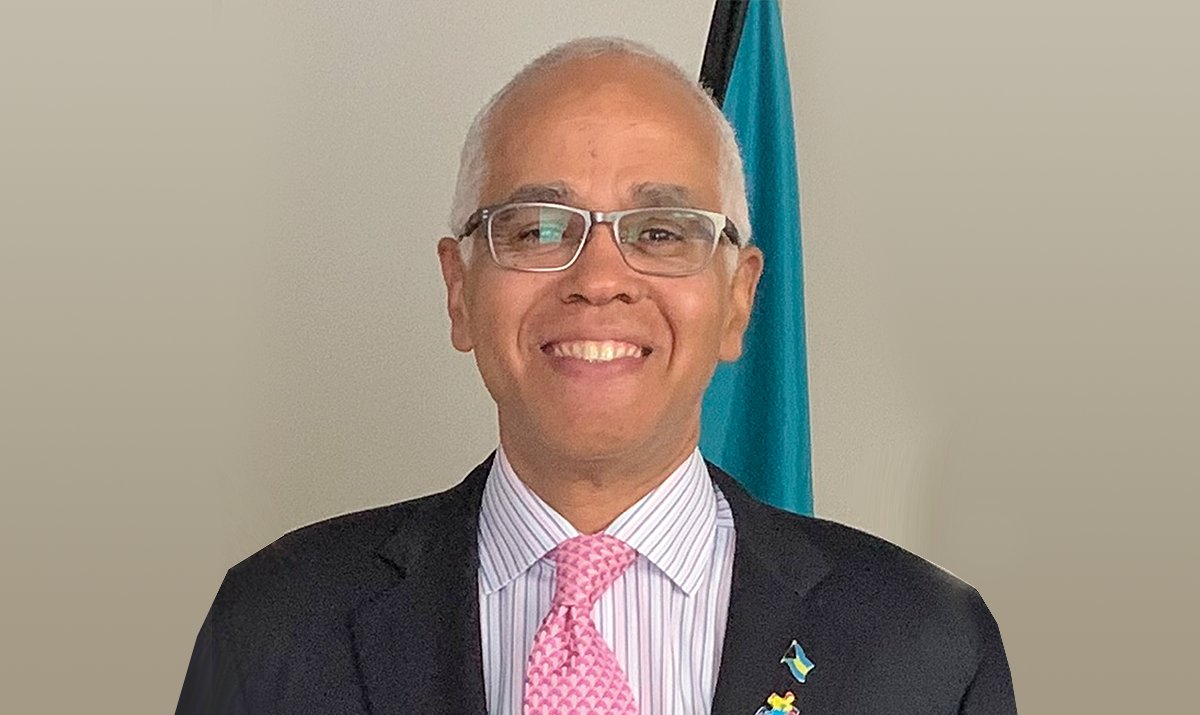 Posted at 12:12h in interview by admin

D’AGUILAR: We’re facing a public relations disaster because a lot of the foreign press came here to report mostly on he islands that were hit. The message was that the whole country was devastated and was gone. So we had to go quiet for a while because we couldn’t fight the message, but now we are speaking out again. Our core market is the US, 82 percent of our foreign visitors come from there, 7 percent come from Canada, so 89 percent from North America. Our visitor arrival numbers are divided into two components: stopover visitors and cruise passengers. Cruise passengers are 75 percent of our visitor arrivals but they only represent 11 percent of the spend. Stopover visitors are 25 percent of our visitors, but they represent 89 percent of the spend. Unfortunately, Abaco was our second busiest tourism centre with 12 percent, Nassau represents 75 percent. All visitors to Abaco were stopover visitors and many came by boat, as it’s very close to the US. But that market has now been lost due to the storm, which devastated the island. Some parts of the Bahamas were hardly affected at all, it really depended on how the storm hit specific areas. Cruise passengers are not impacted at all, because most of them go to Nassau or to private islands the cruise companies have developed. We are big in the three-day cruise market.

BF: In terms of a foreign investor wanting to procure an island for development, what would be the process?

D’AGUILAR: Generally if the state owns the island you could get a dollar lease for 99 years, but that’s only if you’re going to do touristic development. The policy of this government is that if you are going to build a private island type development you do it on an island where there is a population. In the past they took deserted islands and created attractions and employed 50 or 60 people, and there was no economic impact because the cruise ship controlled the whole experience: people came on their ships, went to their island, shopped in their stores, used their excursions and then left. So now you have to do these things on an island with a population. So we’ve approved private island type environments on Grand Bahama, Bimini and South Eleuthera. Disney, Carnival, Virgin are all building their experiences.

BF: And there are still islands open?

D’AGUILAR: You come with a proposal and the government considers it. We have 700 islands and 2000 keys. It’s breathtakingly beautiful, we get a steady stream of people wanting to build touristic attractions, for example, boutique hotels. You have Nassau for large Atlantis type properties. We have family islands, where families come from, and then everyone comes to Nassau to work. Every island has its own homecoming, when people go back there is a festival. So on family islands the investments tend more toward the boutique experience. We’re trying to create projects on the family islands that attract people to go back and work on the family islands and reduce the density in Nassau.

BF: We’ve seen in different island nations that many developers or resort chains don’t necessarily consult to locals when investing. They tend to assume the locals will want the type of jobs that are being offered. What in the way of consultation happens here in the Bahamas?

D’AGUILAR: Part of our investment policy is that you come to the country for permission and concessions. We have the hotel encouragement act which gives special concessions to investments in the hospitality sector because tourism is our number one industry. Two out of three Bahamians are employed in the tourism sector and it is 50 percent of our GDP. It is our oil, it drives our economy. It’s people intensive, especially on the family islands, computers can’t replace people, and tourists are looking for that special personal service we offer. Customers on family islands generally stay longer and they are loyal, repeat visitors. We also have people, especially Americans, with second homes. Those are the customers you want because they are stopover customers. They rent cars, buy food, etc. About 7 percent of our customers come from Europe, and maybe 5 of that 7 comes from the UK because we have nonstop service from British Airways five days a week. The Bahamas is a little more expensive than other destinations in the Caribbean and we don’t go after the all-inclusive market. So the spend of our visitors is higher, people are coming for a different, higher-end product.

BF: Where should we go to see the family islands and/or homecomings?

D’AGUILAR: You can take the high speed ferry to the first stop, Spanish Wells, a unique destination in that the majority of the residents are white, which is interesting in a country that is 85 percent black. These people were the loyalists, going back to the time of the American war for independence these were the people who wanted to remain under the British flag, so they came here. They have been here for hundreds of years and they are very homogeneous. They are very hardworking, and great fishermen. Then you can go on to Harbour Island, you cross over reefs to get there. That island is charming, probably the most expensive real estate in the country. It has a great beach with pink sand. Then you can go on to Mainland Eleuthera and you can take a taxi to the Looking Glass Bridge, a geographical phenomenon where the Atlantic meets the Caribbean. We were doing extremely well, stopovers and arrivals were in the double digits before the hurricane hit. The cruise market has been unimpeded because most of the private islands weren’t impacted. We group the country into 16 different destinations to simplify things for tourists, and people can easily change to a different destination within the Bahamas if one of them has been damaged. So we hope to see people switch to different destinations as they hear that we are open for business. Arrivals to Nassau have not been impacted. Expedia is popular for booking, and Americans often book online, so an online presence is important for us and we target that in our marketing.

BF: You also use influencer marketing?

D’AGUILAR: We do very little marketing for cruising, maybe none. The cruise companies are aggressive in marketing. And they are a tiny part of global tourism. Also, they spend much less than the stop over market.

BF: What are the key messages the ministry wants to get out in terms of how you want the Bahamas portrayed in the UK?

D’AGUILAR: Our marketing campaign is that we are still rocking. Lenny Kravitz is part of our marketing machinery. His mother was Bahamian and he lives in Eleuthera. He wrote “Fly Away” here. The message is that we are open for business. 95 percent of those who came here from the UK in the past visited a place that has not been impacted by the hurricane, there would be no evidence of it at all. We are not a single destination country, we offer lots of options, and each island is unique, with a unique history, so we encourage exploration.

BF: We’ve had a lot of fun here and people are very friendly.

D’AGUILAR: We are a very friendly and engaging people. And you always greet people, even when you’re driving you acknowledge people. We have such a small population, only 400 thousand, and some islands have only two or three thousand people. The most important way we can grow visitors from the UK is through air lift. British Airways recently went from four to five days. There is also the historical tie of being a colony, and some British people have ties here, so of European countries, we are most successful in the UK. From continental Europe, people go through London to come here or go to Atlanta or Miami to come here, but that’s extra time. London is probably the best place to change. There is a plethora of investment opportunity on the family islands. It is a bit of a challenge because you have to get things to the islands but you have beautiful places to stay. You can go with Airbnb and those kinds of options. There aren’t always hotels on these islands so these other options allow the average Bahamian to participate in the sector. We have a program in the ministry called People to People where we connect you with Bahamians who invite you into their homes and cook you a meal and you experience the family atmosphere.

BF: The UK is serious about strengthening the relationship with the Bahamas. We have seen that there was a large uptick in trade between the two nations between he end of 2018 till 2019. Is tourism involved in the growth we’ve seen in this?

D’AGUILAR: Most probably. Tourism arrivals were up across the board. They were probably up in the low single digits until 1 September. Since the storm there’s been a drop off. It’s probably tourism, since it’s such a major component of the economy.